Panasonic’s livestream to announce the new Panasonic LUMIX S1H happens today at 10 a.m. PDT, and if you want to  have a front-row seat, just follow the link to the YouTube presentation.  While it is not known if Panasonic will have other products to announce, the LUMIX S1H will, no doubt, be the highlight of the presentation streamed directly from the Dolby Vine Theater, in Hollywood, Los Angeles.

This is a LUMIX Live event, and it will be the moment for Panasonic to reveal the complete list of specifications of the new camera. We’ve revealed before some of the key features of the camera, but there is still some mystery surrounding the final specifications of this model. While forums online go wild with comments about where this model fits, with the recent announcements from Blackmagic Design Pocket 6K camera, the Sigma fp and others, and some suggest this is nothing more than a full frame GH5, only Panasonic’s presentation will let the world know what the S1H really is.

Waiting for the LUMIX S1H

As we wrote before, the LUMIX S1H appears to be the sum of all the ideas previously suggested by rumors: it is not a GH6, but it does bring back the H that seems to be a sign of its “hybrid” qualities; it is not a true cinema camera, but it does borrow from Panasonic’s professional line enough features for its footage to be, as the company says, compatible with V-Log footage from VariCam and, on the other end, the LUMIX GH5/GH5S. It’s as if Panasonic is pointing the way to those used to the MFT models who may want to step up to a full frame sensor. It will be interesting to see how the market answers to this video-centric model, as Panasonic reveals mode detail about the camera. 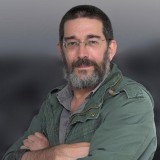